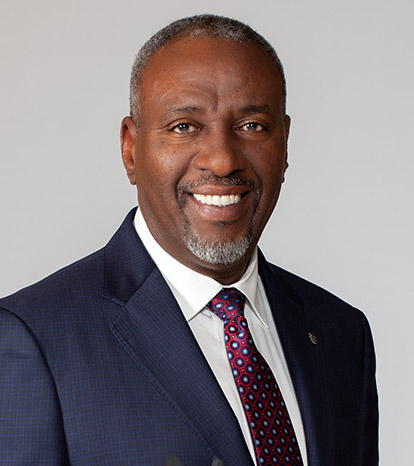 Abdul Hersiburane has been an overwhelming success at MainStreet Bank since 2007, and he currently holds the position of President. Abdul initially served as Director of Administration and Finance (CFO) for the Union of Somali Cooperative up until his shift to banking in 1984. He worked as the Head of Saving and Credit Cooperative Society in Somalia and was the Founder, President, and CEO of Cooperative Bank of Somalia. Abdul has also served as a Board Member and Executive Committee member in East, Southern and Central Africa Cooperative Banking.

Abdul holds an MBA in Finance from Erasmus University in the Netherlands and a Bachelor’s Degree in Commerce and Accounting from Polytechnic University Mogadishu.

After moving to the United States, Abdul worked for a large national bank from 1996 to 2006 as Vice President, Senior Financial Advisor. Over the life of his career, Abdul has developed many long lasting relationships with customers and prospects alike. If you ever have the pleasure to meet him, it is sure to be a memorable experience!

"We can accomplish anything, there is nothing that we cannot do."