Though more than 240 miles of highway separate MainStreet Bancshares in Fairfax, Virginia, and Piermont Bank in New York, both have reached the same conclusion: that to improve their valuations and expand, they must work more closely with fintechs.

Banks have shown increasing interest in fintech partnerships in recent years. Regulators are also paying more heed. The Federal Reserve issued a paper focused on bank-fintech partnerships in September. After its publication, Fed Gov. Michelle Bowman said in a speech that the central bank was working to update supervisory practices to accommodate fintech innovation.

But even in this context, the type of front-end relationships — featuring the combination of bank and fintech technology — that Piermont and MainStreet are pursuing place both institutions at the industry’s forefront.

“I’ve talked to a lot of people, and it’s probably safe to say that slightly less than 1% of [community banks] have a banking-as-a-service solution either underway, or at least are thinking about it,” said Jeff Dick, chairman and CEO of MainStreet.

Dick is counting on the bank’s new Avenu platform to help it shed a staid corporate identity as a suburban Washington, D.C., business and commercial real estate lender. Despite achieving solid growth and profitability the past five years, MainStreet’s price-to-tangible-book and price-to-earnings ratios are significantly below the median level of its peers, according to Chris Marinac, Janney Montgomery Scott’s director of research.

Dick sees fintech as a game changer. Following a banking-as-a-service model, Avenu allows fintechs to link their systems to MainStreet’s core to create accounts and process payments. It’s a departure from the traditional community banking archetype that has defined MainStreet throughout its 18-year history.

The goal is “ultimately to start to demonstrate to the institutional investing community that we are shifting into this banking-as-a-service environment,” Dick said. “We know what we’re doing. We’re actually quite good at it, and it’s going to be a great opportunity as we go forward.” 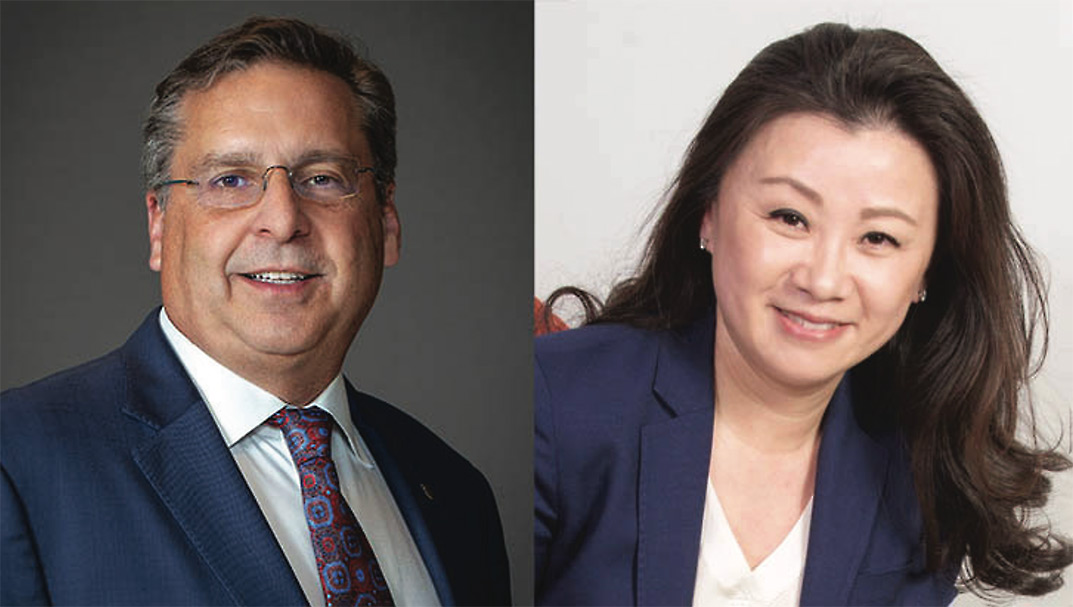 MainStreet has been working with fintechs for more than six years, but on an ad hoc basis. Avenu represents the company’s bid to scale up to serve what it sees as a booming market.

“This can go anywhere in the United States, and to the extent we’re comfortable with the solution [fintech clients] are providing, even internationally,” Dick said.

Avenu provides a subledger that is integrated with MainStreet’s core operating system, giving fintech partners the capacity to conduct transactions while allowing MainStreet visibility to ensure the books balance and everything is done in compliance with banking regulations.

For fintechs that want to offer banking services, Avenu’s focus on compliance is crucial, according to Marinac. “To me, that’s where this overall aligns,” Marinac said. “This is where MainStreet has been very thoughtful, is that they’re really kind of seeing that the fintechs don’t know how to exist in the bank regulatory sandbox.”

Before a fintech can go live on the Avenu platform, it must complete a rigorous training program that includes having a representative train in person with MainStreet in Fairfax for a week.

MainStreet is promising to keep its fintech partners out of what Dick calls regulatory purgatory. “If we can’t, we’re going to have to sever the relationship. Compliance is just that important to us,” said Dick, who got his start in banking as a field manager with the Office of Comptroller of the Currency.

On the balance-sheet level, Avenu should add core deposits and fee in- come. Just as important, Dick hopes Avenu will give MainStreet a more tech-savvy reputation among investors.

“I think that’s absolutely the goal and to some extent it’s on MainStreet to execute here. I have a lot of confidence they can do that,” Marinac said. “I think investors are trying to look at who is going to stand out in this next phase. … The question is who is following and who is leading. MainStreet is clearly a leader.”

While Dick did not rule out doing some lending to fintech clients, Piermont’s BancFi, by contrast, is all about lending. Piermont’s BancFi platform provides fintechs with an opportunity to secure debt financing, which can cost significantly less than selling equity, the method on which tech ventures typically rely to fund operations as they approach break-even.

Debt financing options for early-stage fintechs are so scarce that Piermont CEO Wendy Cai-Lee expects her bank to be inundated with applications. The market demand is so high that the bank could possibly double its asset size in a year, Cai-Lee said.

“Without marketing this, we have a long line of customers already waiting,” Cai-Lee said. “People want to talk about financing.” Piermont launched its banking-as-a-service offering earlier this year. Now, with BancFi, the bank is using the close relationships it’s forged with fintech clients as the foundation for a lending business.

“We have their operating account, their FBO account” Cai-Lee said. “We know how they’re operating. … Not only do we see that, we see how the underlying customers are performing, we see the transactions. It puts Piermont in a very unique position in being able to structure the credit risk.”

According to Cai-Lee, most early-stage fintechs aren’t considered bankable because their path to profitability isn’t as straightforward as that of most other business types. Fintechs’ cash-burn period tends to be longer than the two to three year period after which non fintech ventures are expected to achieve break even.

“They’re not being put in a position where they’ve got to break even as soon as possible,” Cai-Lee said. “When you think about a tech company, it’s about market share and scale.”

That means a fintech’s forward-looking projections are more important than its backward-looking financial statements. Problem is, typical commercial credit underwriting is based on two years of tax returns demonstrating positive earnings before interest, taxes, depreciation and amortization (EBITDA), if not actual profits, according to Cai-Lee.

To bridge the gap, Piermont spent more than a year engineering a credit risk management process that identifies the strongest fintech players without relying on traditional profitability metrics.

“It’s how we have built the tech platform to actually be able to monitor their transactions,” Cai-Lee said. “At the end of the day, for banks, telling regulators `We understand our clients’ is just not good enough. They want to know you are managing the risk and how you can monitor it.”

Marinac agreed that lending to fintechs can be profitable, but it’s a niche “where you want to be careful. I think you kind of want to walk before you run and jog before you sprint,” he said.

The answer may be building reserves and capital to reflect the risk involved, Marinac added.

Though Piermont is getting a head start on lending to fintechs, Cai-Lee expects competitors to follow suit eventually. Indeed, banks engaged in banking-as-a-service “should be looking at this,” she said. “When it comes to banking in general, if you can’t get to lending and credit, it’s not really banking in its holistic form. … I anticipate once we get going people are going to copy, but that’s part of the business.”

Posted with permission from the October 26, 2021 issue of American Banker® www.americanbanker.com. ©2021, MainStreet Bank. All rights reserved.